Earlier this year, I posted a blog about cawl, a hearty stew that’s considered by many to be the national dish of Wales. It really is a wonderful meal – unfussy, tasty, economic – and I often make it when I need something particularly warming and homely. Interestingly – and perhaps surprisingly – it’s been my 3rd most visited post, displaying a greater popularity than topics such as margarita cupcakes and home-cured duck breast. Go Wales! (It’s perhaps less surprising to find that only a relatively small number of people appear to be interested in Brussels sprouts).

I also love traditional Welsh cakes, which are cheap, quick and fun to make. They aren’t really what most people would think of as cake, and are actually more similar to a scone, which exists in many regional variants across Britain. They are relatively dense, but soft, have a delicate spiced flavour, and are served dusted with caster sugar. Although they can be eaten cold, they are definitely better served warm with butter, and I always enjoy them as a snack, eaten at any time of day, with a cup of tea or coffee. 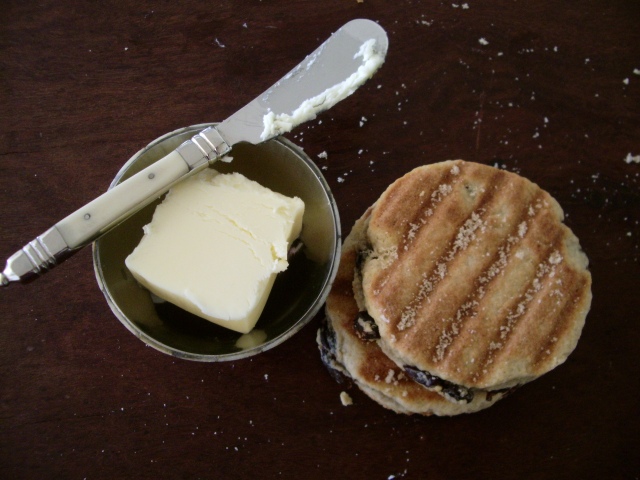 They are also an excellent way to celebrate St. David’s Day on March 1st, the feast day of the patron saint of Wales. A native of Wales, Saint David (Dewi Sant) was a monk – and later the Archbishop of Wales – who lived in the sixth century. His date of death is recorded as March 1st, which has been a national festival in Wales since the eighteenth century. Today, it’s marked not only by numerous informal gatherings, pageants, and concerts but also in a more official capacity with a series of events held in Cardiff, including the St David’s Day Parade which is attended by the Prince of Wales and other members of the royal family.

Events to celebrate Saint David’s Day here in the U.S. don’t begin to match the excitement that is generated for Saint Patrick (the patron Saint of Ireland), but I was delighted to learn that Los Angeles does hold a Saint David’s Day Festival (held this year on Sunday March 3rd), that represents the largest annual event of its kind in North America, and includes displays of Welsh art, film, music, language and story-telling, as well as a focus on Welsh food. This year, St. David’s day itself is also going to be marked in an arguably more characteristic LA fashion, with the late Richard Burton – Welshman, actor and two-time husband of Elizabeth Taylor – being honoured with a star on the Hollywood Walk of Fame.

But there are many other organised events marking Saint David’s Day in the U.S. – you can eat cawl in Chicago (where the Wrigley building will also be illuminated in the colours of the Welsh flag), leek and potato soup in Portland, Welsh lamb in Phoenix, and Welsh cakes in St. Louis. You can also expect to see numerous daffodils, harps and male voice choirs at plenty of other events taking place across the country.

Alternatively, stay at home and make your own cawl, along with a batch of these wonderful Welsh cakes, and eat them listening to the Welsh National Choir singing the national anthem of Wales. 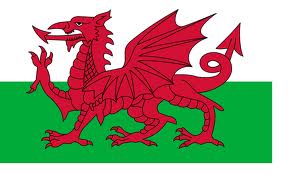 I like to use golden caster sugar, which adds a little colour as well as a slight caramel taste to the Welsh cakes

A pinch of salt

A little milk to bind (if necessary)

Sift the flour, baking powder and mixed spice together into a mixing bowl. Cut the butter into small pieces and rub into the flour. Stir in the sugar and fruit, then pour in the egg and mix to form a dough, using a little milk to bind the mixture if it’s too dry. Roll the dough out on a lightly floured surface until it’s about ¼ inch thick, and use a 3 inch pastry cutter to cut into rounds.

Grease an iron griddle or frying pan (or traditional bakestone if you have one), and put it over a medium high heat. Once it has heated up, cook the cakes for about 3 minutes on each side until golden brown. Be careful not to have the heat too high for this, or the cakes will be cooked on the outside, but not in the middle. Once they are cooked, sprinkle with caster sugar and serve (preferably warm) with butter. 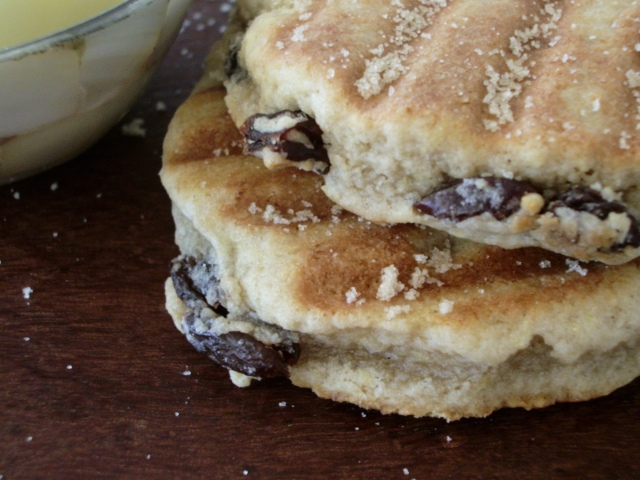 Originally from the South of England, I've also had homes in Australia (Canberra) and the US (Los Angeles). I've been based in the UK city of Sheffield for a couple of years now. My blog is about adventures with food - markets, ingredients, books, recipes, places I've eaten and other related experiences. It focuses on stories from Sheffield, South Yorkshire and nearby Derbyshire, as well as places farther afield.
View all posts by Georgina →
This entry was posted in Food, Recipes, Sweet things, Travel and tagged Hollywood Walk of Fame, Los Angeles St. David's Day Festival, Richard Burton, Snack, St David's Day, St. David's Day Parade, Welsh cakes. Bookmark the permalink.